VIESTE AND ITS SURROUNDINGS

VIESTE AND ITS SURROUNDINGS

Il Falco Village is in a favorable position in Vieste, one of the most known and appreciated cities on the Gargano, that has also been awarded with the Blue Flag, to testify how clean and clear is the sea.

In the centuries it has been dominated by the Greeks, the Romans, the Byzantines, the Lombardics and the Angiò, to be in the end conquered by the Bourbons up to the Italian Unification.

A lot are the prestigious buildings that can be visited in the city center: the Romanic Church, the Swabian Castle, the Alt Door that once was the main entrance to the city.

On the top of the promontory one can stare at an amazing panorama, that is even more typical thanks to the Pizzomunno, the well known monolith that is 25 meters tall, a symbol of the city that is related to a legend that talks about a unhappy love story.

Vieste still preserved ancient traditions, that are recalled with the Patronal festivities, such as that one of Santa Maria di Merino (that is celebrated in May) or the one of San Giorgio (in April).

On this occasion it is also held the traditional horses race on the beach of Pizzomunno. 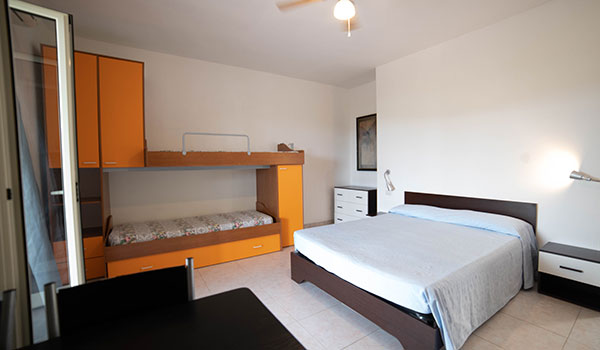 Max 4 people, Simply furnished and equipped with the following services: 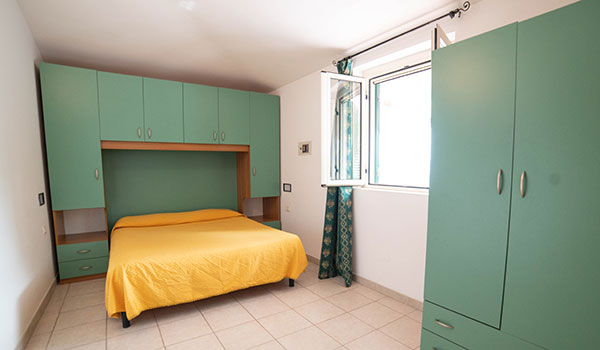 From 4/6 people, Simply furnished and equipped with the following services: 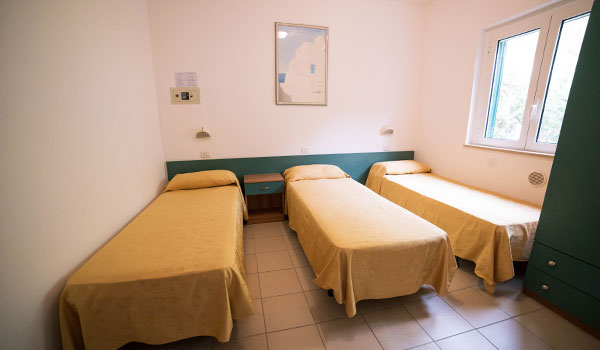 From 4/6 people, Simply furnished and equipped with the following services:

“A weekend of relaxation” - We were the first of September for a weekend with some friends and our children, we had a wonderful, friendly staff, clean rooms, in the green ..... we will definitely return but for a few more days !

“Pleasant weekend” - I stayed at this property with my family and we loved it. The doctor was very kind and helpful and all the staff always courteous and smiling. The residence is surrounded by greenery and has two swimming pools and barbecue...